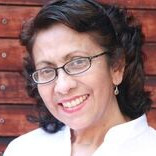 Cammie is a native of Georgetown, Guyana and has lived in the Washington, DC area since age ten. In June 1985, Cammie received her real estate license and shortly after became a broker with countless designations. In 2014, “She believed she could, so she did,” and opened her own boutique real estate company, Living In Style Real Estate. In 2016, she believed again and opened a real estate school, Reed Training Center. She started her career in real estate in her early 20’s when her sister was looking for a 4-unit building in DC. She realized Wow I can make money from doing something I love.

Cammie’s journey in life has taken her through many paths. In 2012, while doing a 10-day intensive clinical summer training in British Columbia, it was there that the idea of becoming a teacher was born. While she was observing others in role play, others were observing her response and reaction to a situation. She brings to the classroom that collectively, giving space and time, the answer to the question will evolved. What she did that day in British Columbia, she allowed the process to unfold. “I Teach What is Your Superpower?”

As an Instructor, Cammie has a passion for inspiring others to excel and a teaching style that creates positive energy in the classroom. She believes that education + preparation = readiness for success. She teaches all the required continuing education classes, the 60 hours pre-licensing classes for salesperson, the 135 hours pre-licensing classes for brokers, seminars for Professional Development and Designation, as well as teaching NLP (Neuro Linguistic Programming). She can make difficult topics easy to understand as she breaks down the material into smaller components and relate the subject to real life experiences that is relevant and current for the students to comprehend.

She earned a B.S. from the University of Maryland at College Park in Human Resource Management with a double major in Transportation and Logistics. She pursued her studies; in 1999 she received a Master of Divinity and in 2005 a Doctorate in Ministry from the Howard University School of Divinity. In 2010, she earned a Master of Arts in Pastoral Counseling from Loyola University. She is a graduate of Leadership Academy from Maryland REALTORS. She is president and founder of Nani House, a non-profit that helps the homeless, poor, elderly and children with the basic needs in life. She is also a licensed therapist and ordained pastor. She is licensed in MD, DC, VA, DEL, NC, and FL. Cammie serves on several committees on the local and state level.